"Thank you so so so much for your help. She absolutely loves the ring, I catch her staring at it all the time. Everyone who has seen it say how beautiful and unique it is, which is exactly what I wanted."

"We met at work, but didn't really talk until we had a team event day at the Mariners game. The best part is I got a HORRIBLE haircut the day before and had to get a buzzcut to fix it, so I almost didn't go, but luckily I was able to wear a hat! We talked once at Henry's before the game for a few minutes, but once we were at the game and talked again, we were inseparable. We probably spent at least 45 minutes straight talking in Club Safeco (the beer garden) and I remember telling her how she had the most beautiful eyes. It was one of those things where I instantly felt a connection to her and felt I could say anything.

After that we ventured over to the very romantic Cowgirls Inc. and a couple drinks and rides on the bull later, we tried to be sneaky about leaving, only to find out everyone saw we left together! We went out to dinner that night in Capitol Hill, then came back to my place to watch Kobe's last game. I was leaving for Coachella the next day, but even down there, she was on my mind." 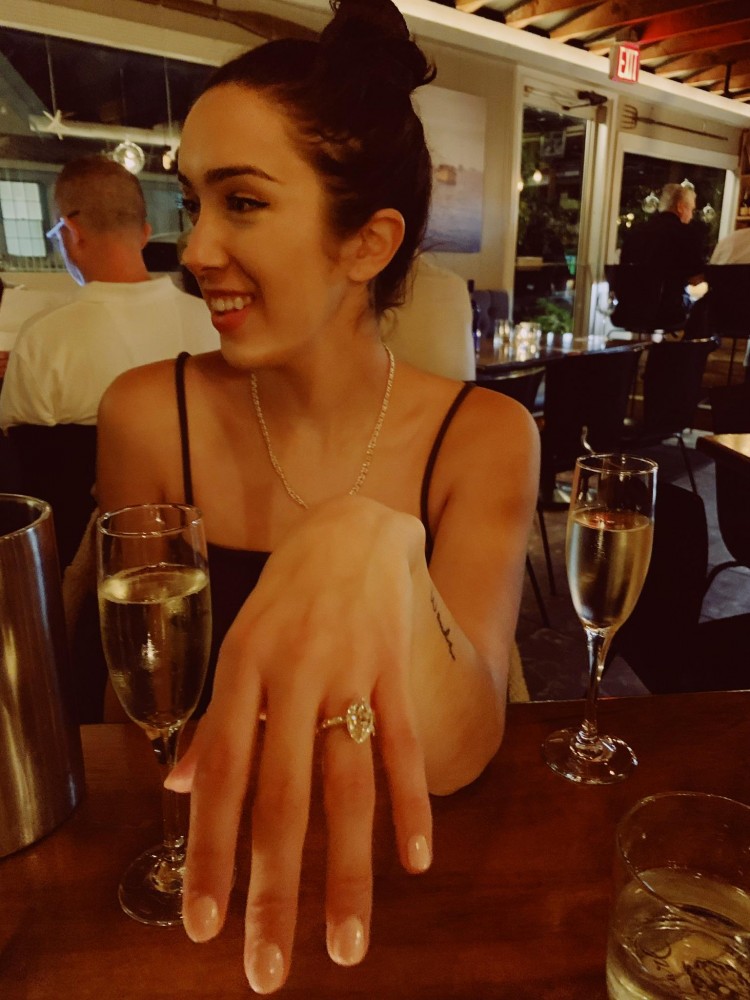 Shervin worked with one of our Bellevue showroom designers, Maureene, and they created a two carat marquise diamond engagement ring with a halo, all cast in yellow gold and featuring Hearts & Arrows diamond melee. The initial idea was a 1-2 carat marquise solitaire, but after talking it over and listening to Lauren's feedback, they added a small halo and diamonds on the gallery rail and shank. 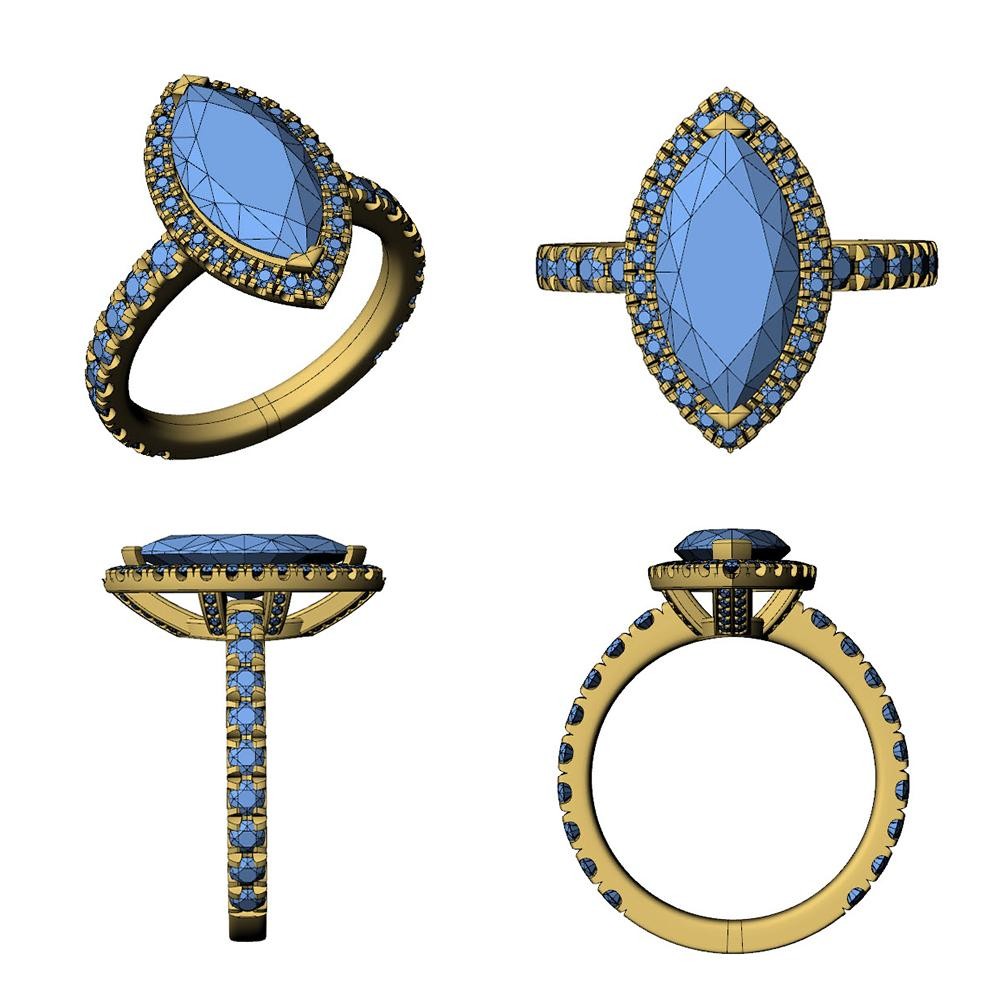 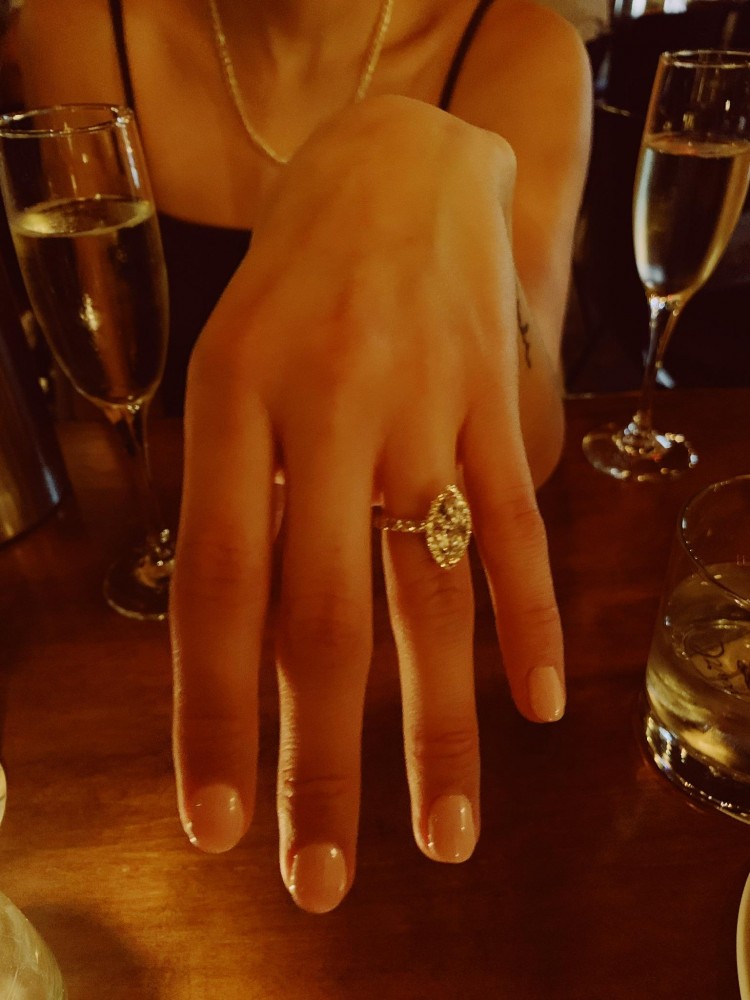 "I had a very unique style in mind and wanted this ring to be special, not something you could just pick out of a display."

"I proposed to Lauren at Mallory Square in Key West, Florida. This was the 3rd year of our annual trip to Miami and the Keys and we hope to retire there one day! My original plan was to propose at this beach about 20 minutes before Key West (Bahia Honda), but just my luck, this was the first year it RAINED when we were down there!

Finally, at around 6:00, the rain had stalled and I told Lauren we should go show our friend who was with us Mallory Square, since this was her first time in the Keys. It was still cloudy, but I asked her friend to take a photo of us. Lauren was confused since the weather was bad, but that's when I got down on one knee and after a long moment of shock, she said yes!" 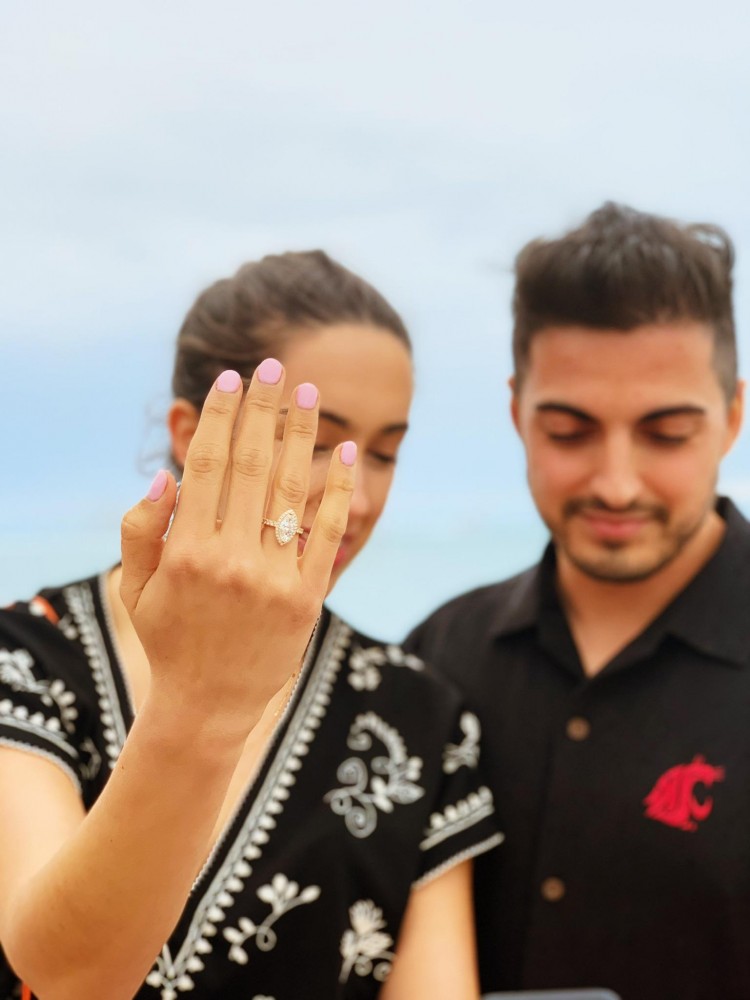 "Make sure you have talked about it [getting engaged and buying a ring] before asking, there is no way I would have done this without having more than one conversation about making sure both of us were ready from an emotional, personal, and financial perspective. Also, ask their parents for permission! I can't believe some people would think of not doing that. My in laws REALLY appreciated the fact I did that, and so did Lauren once she found out.

As far as ring shopping goes, make sure to get a list of at least 5-10 reputable jewelers, then after even more research, pick about 5 to go see in person. You will know right away who really knows their stuff and cares about what you and your fiancee want, compared to someone who is just doing their job.

Make sure you ask your fiancee what they DON'T want, too. I had asked Lauren several months ago about what she did and didn't like and the most important thing was a few shapes and styles that she did not want. Finally, be prepared to go over your budget :)" 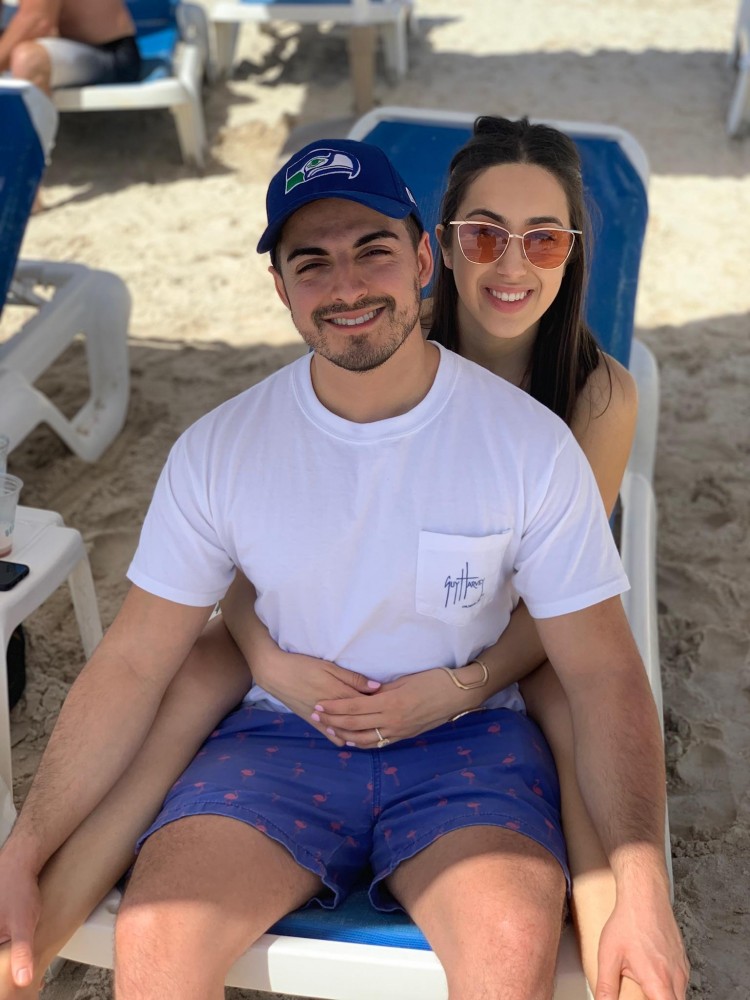 Ready to create your own ring design? Start Here

Want to submit your own Engaging Moment? Submit Your Story

Photos used with permission from Lauren and Shervin.

Lindsay found an extremely rare precious pearl in her seafood dish. She wanted to do something special with it, so we helped her create a custom timeless pendant.

On a rainy day in March, we collaborated with other talented Seattle-area wedding vendors to bring together this styled wedding photo shoot at the Edgewater House in Gig Harbor, WA.